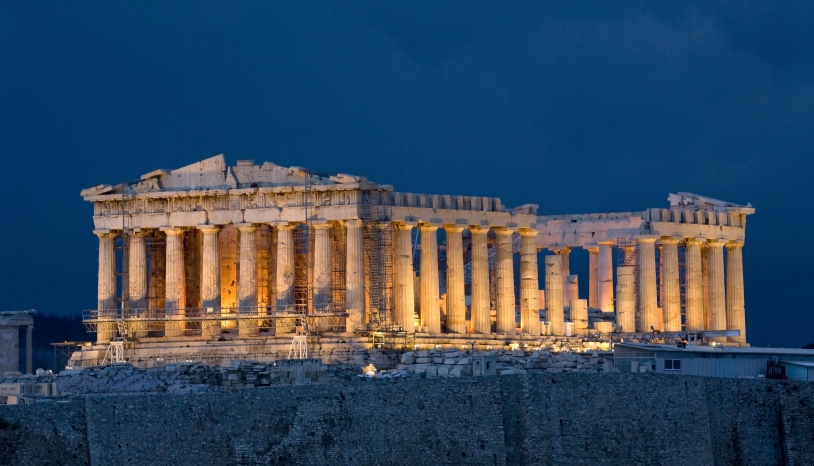 Athens is a glorious capital of Greece, full of places of interest, historical sites and sunny days. We gathered the curious facts about Athens.

1. Centuries ago, Greece was not a unified state; it was a membership of approximately 1,500 policies, which means individual city-states, each of which had its own laws and army. And Athens was the most powerful and strong one.

2. Policies of ancient Greece from time to time took up arms with each other, but no one could compete with Athens, as the Athenian fleet was the largest and most powerful.

3. Athens cannot boast with century’s official capital status. This status was granted to the city only in 1834, after Greece became free from Ottoman rule and the Greek Kingdom was proclaimed.

4. Athens is home to nearly 40% of the total population of Greece. Before Athens was proclaimed the capital in 1834, it was a small town where only 5,000 people lived; now the number of the inhabitants of this city is about 4 million!

5. Greek people call their beautiful city not Athens, but Athena.

6. Athens hosted the first modern Olympic Games in 1896. They involved 245 athletes from 14 countries. Women were not allowed to these events, only men took part in them.

7. Athens is one of the most ancient cities in Europe and gave birth not only to the Olympic Games, but also to the great science of the humanity. Art of tragedy and comedy, the basic mathematical principles were born here. This means you will not regret visiting this extraordinary place, and the rating of hotels will help you decide where to stay during your trip.

8. The Acropolis was built over 2000 years ago. During this time, all its monuments have survived a lot of natural disasters - earthquakes, fires and floods, as well as uprisings and invasions.

10. Athens is also a home to the theater. Previously, only men played in the theater. Actors in the theaters did not use facial expressions and used the masks that have changed during the term to display emotions.

11. In Athens, many outstanding ancient politicians, philosophers and writers were born, including Sophocles, Socrates and Pericles.

12. Any citizen of the Athenian democracy could be taken out of the city for ten years; such a procedure was called ostracism. Sometimes people expressed their anger in order to hedge against potentially dangerous people who could pose a threat to the city and its population. This procedure had nothing to do justice, and was the will of the Athenian people.

13. During the night specially hired workers scatter marble pieces around the Parthenon temple so the next day the newcomers take them as souvenirs. The Athens authorities try to save a historical monument, as many tourists like to take away fragments of ancient buildings with them.