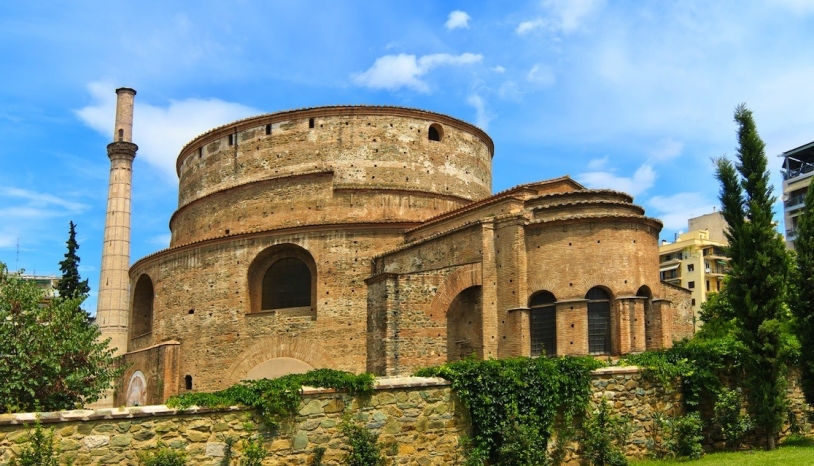 Thessaloniki has a lot of to tell. For centuries it has been inhabited by different nations. Its creation coincides with the beginning of the Hellenistic period, the global domination of Alexander the Great and his descendants.

Thessaloniki appeared first in 315 BC. Its founder was Cassander, king of Macedonia. He brought together 26 cities, located around the Thermaikos Gulf (Thermaicos). He decided to name the conglomerate after his wife, Thessaloniki. Her father, FilipII, named his daughter in honor of his victory over the Thessalians.

Here the road from Rome to Constantinople and from Greece to the Black Sea region converged. Every year there was a large trade fair, which was called "Dimitri" after the declaration of St. Dimitri patron of the city. For twelve centuries, the city walls were often under siege. For some subsequent centuries Thessaloniki suffered from frequent attacks of Goths, Persians, Thracians, Turks and Arabs. But the city courageously persevered thanks to its high walls.

During the reign of Emperor Zeno (475-491 years) Goths besieged the city again. And again they failed. In VI century Slavs (sometimes in alliance with the Avars) take at least five attempts to capture Thessaloniki.

In 904, the Arab fleet led by Leo of Tripoli besieged Thessaloniki and three days later took it. A few days later, sacking the city and capturing many prisoners, the Arabs had left him.

In 1078 duke of Dyrrachium Vasilachi took Thessaloniki and proclaimed himself as an emperor.

During this period, a lot of Byzantine churches had been built, many of which have survived to this day. A few years later, came the Franks (1224g.), And the city was occupied by Theodore Komnenos Doukas, who declared the city the capital of Epirus depostat.

Shortly thereafter, the city enters its golden age. It was a populous, economically developed place with cultural life, magnificent monuments, and churches and artfully decorated with a variety of industries (copper, iron, lead, paper, etc.)

In 1246 Nicaean Empire conquered Thessaloniki and took control of all the lands of the former Epirus Despotate (except Epirus).

In 1423 Andronicus (one of the brothers of the emperor John VIII) sold Thessaloniki to Venice. From 1387 to 1402 GG the city belonged to the Turks. In the early years of the 20th century all over the Greece the rebels started the movement for the liberation from Turkish rule.

Much of the city was destroyed by fire in 1917. Elefterios Venizelos (Greek Prime Minister) ordered not to start the reconstruction until the full plan is offered. The city had to wait until the French architect and archeologist Ernest Hebrardom presented the plan. According to this plan the eastern borders were completely washed away and the city acquired European face.

Significant damage was caused to the city during the German occupation 1941-1944 during the persistent bombing of the Allies. Almost all the Jewish people were killed. The city had to recover after the war as many European cities did. 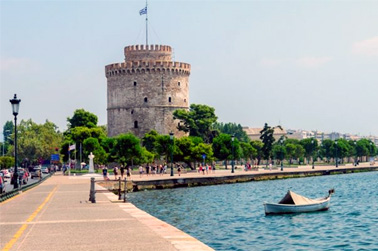