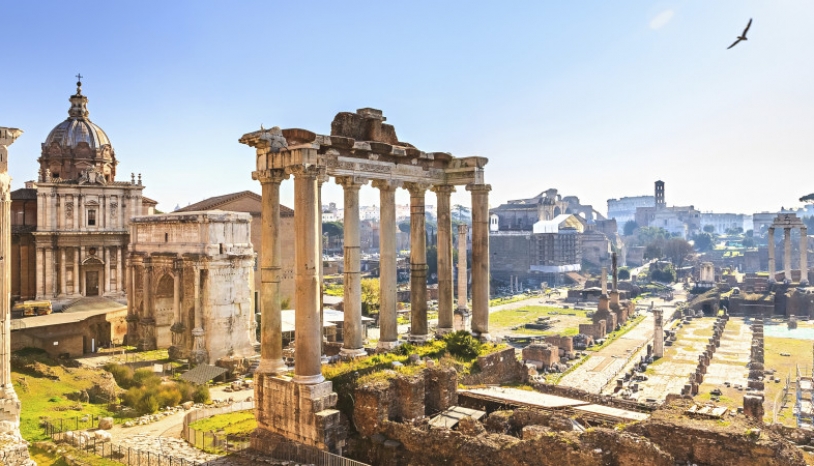 Rome is the oldest city in central Italy, occupying the left bank of the Tiber River, near the confluence of the Tyrrhenian Sea, in the region of Lazius. Its early settlers are known in history as Latins. We all know that Rome stands on seven hills. Two more hills, Janiculum and the Vatican, are also part of Rome, they are on the right bank of the Tiber.

The date of foundation of Rome is considered to be April 21, 753 BC. In fact, this date is very conditional, since traces of primitive people in this place were found much earlier. The history of the founding of Rome, boils down to a single legend.

According to the legend, which became known throughout the world and has survived to our days, Rome was founded by the twin brothers. Soon after the birth of Romulus and Remus, the villain Amulius took into custody their mother, Ray Sylvia, and threw the children into the Tiber. But it so happened that both babies were not drowned, but were picked up by the shepherd Faustul. He allegedly saw a she-wolf next to the children feeding them with his milk. She took the twins home and raised them as their own children. After the return to power of his grandfather, Numitor, the brothers returned to the Palatine and founded the city behind the fortress walls. As for the name of the city, the brothers argued for a long time, they did not come to a single opinion. Therefore, they decided to guess and wait for the verdict of the gods, for this the brothers, each with their own band of companions, dispersed on two hills. Romulus stayed on the Palatine, Rem went to Aventine. As a result, it came to a group fight, as a result of which, Rem was killed. Therefore, the name of his Roma (Roma) was given by the name of Romulus.

Later, Rome was under the rule of the Etruscans and was a monarchy, which in 510 BC. was overthrown and the city turned into the next five centuries into a patrician republic. Rome willingly accepted into its walls aliens and strangers, it was never a closed city. His aristocracy, consuls and senate, were very united with each other, did not allow internal strife. And simple people, plebeians, were proud that they are free citizens of Rome and very rarely rebelled. Therefore, Rome was not weakened by a frequent change of power, popular riots, thereby strengthening its stable position.

More than 400 years the Roman Empire flourished. By the fourth century of a new era, however, it began to wither, in 395 it broke into two empires. The Eastern Empire was ruled from Costan- tinopol (modern Istanbul in Turkey). This new empire, called Byzantium, lasted another thousand years.

Many centuries have passed since the foundation of the city of Rome, but its history continues, the city attracts thousands and thousands of tourists and travelers from all over the world. Everyone wants to see with their own eyes and literally "touch their hands" the great legacy of Roman civilization. These are palaces and churches with magnificent paintings of Renaissance masters, with frescoes emerging from dark corners, countless fountains, grandiose squares and monuments.

Rome is a city of magnificent cafes and boutiques, modern cars and motorcycles. But this is not the main thing. The main thing is the life itself in this eternal city that occurs around all the sights, amazing, sunny, joyful and relaxed. Rome today is a handsome policeman, smiling at you, these are shopkeepers, recalculating with each other and with buyers, hotly bargaining with them. These are the streets and alleys along which you can wander the whole day and revel in the play of colors on medieval facades and glare on the pavement. 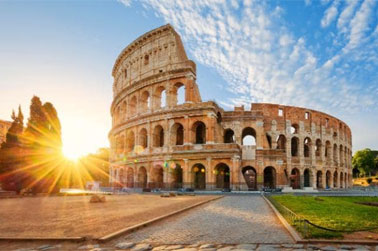