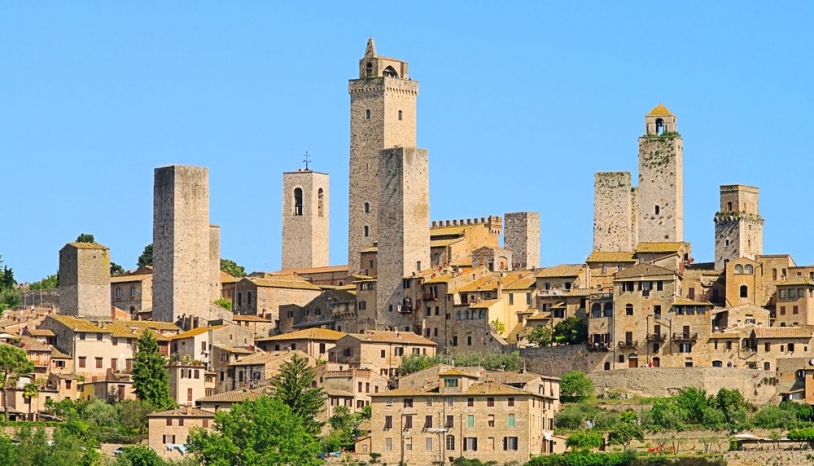 Florence was founded by the Romans. Julius Caesar decided to give this land to his veterans. This new town had a convenient location in the middle of Italy. It was on the crossing points of the roads, so the small town began to grow and develop rapidly. Even the name which the Romans gave to this town means “Flowering”. After the Romans different rulers claimed their power over the city.

Many Italian cities were independent cities-states. Florence also became a Commune. The development of commerce was rapid and spread to other countries. Families of bankers ran their business in Florence. Even the kings of England were their creditors as well as the popes.

In Florence there had always been a struggle between different parties. One of the confrontations ended with the exile of losers. Dante Alighieri was one of them, so he had to leave his home city and move to Ravenna where he lived after exile and where he was buried.

Terrible plague attacked Florence in 1348. It was a real “Black Death” which claimed thousands of lives. But in spite of all disasters Florence continued to grow and develop.

The greatest period is connected with the Medici. This family is closely connected with the city. It left the bright and unforgettable trace in the history. Lorenzo was the most outstanding figure. He was not only interested in fine arts, but also in science and all progress development. He was a great follower of antiquity. Remarkable masters with the protection of Lorenzo initiated the Renaissance.

The medieval times had always been difficult. It was an attempt to kill Lorenzo when he was young. This terrible event took place in the cathedral. The Pazzi wanted to destroy the Medici. Giuliano Medici was killed. His tomb was created by Michelangelo. Lorenzo was lucky to stay alive. The conspirators did not succeed, but other troubles continued to occur.

The army of France invaded Florence in 1494 on their way to Naples. Speeches of fanatic priest Savonarola influenced the mood of citizens. He was a gloomy figure, fanatic who was not only against luxury but also against all fine arts, books, paintings and sculptures. The activity of Savonarola ended tragically. Finally he was publicly burned in the square. These were really dark ages.

In 1861 the Italian Kingdom was founded. Finally Italian cities had been united to the single state. It's interesting that Rome was not the capital at first. Florence was a capital of Italy for five years 1865-1870. Today Florence with its greatest historical and cultural heritage remains one of the most exciting cities in the world.